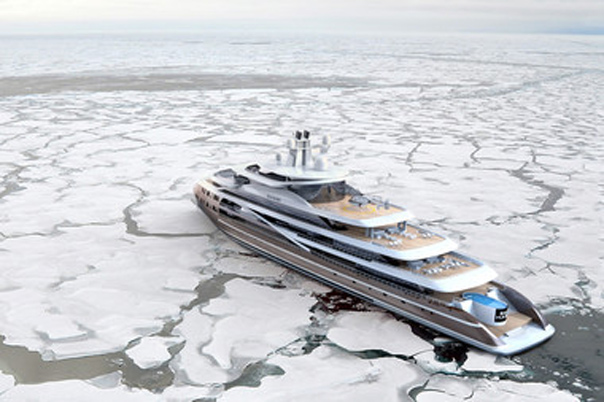 The current rise in interest for explorer yachts begs the question: Is this the same kind of adventure trend that once overturned and transformed both the bicycle and car market?

It is an almost identical scenario each time. Instead of a slim-shaped racing type of vehicle designed for speed, the market suddenly turns towards robust constructions offering more comfort in rugged terrains.

The bicycle market saw this kind of development in the 80’s and 90’s when the interest in racing bikes dropped and mountain bike sales increased.

Within a few years the all-terrain bikes gained a market share of 40% (US and Europe) and still today remain among the popular bike types. 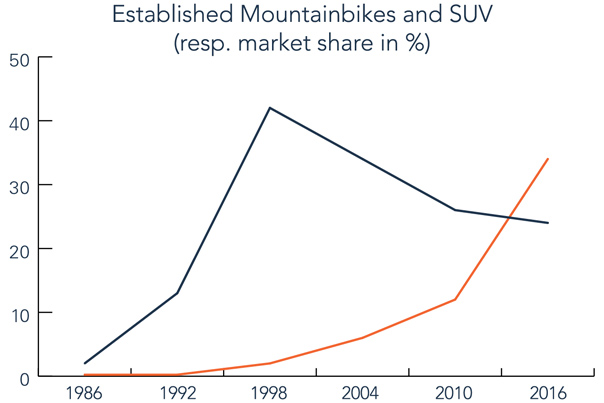 In the ’00 years: SUVs increase in popularity

For the last 10 years we have been watching the car market go through the same kind of metamorphosis. The elegant sporty cars of the 80’s lost ground to a newly-created segment of SUV with its spacious interior and a dominant exterior. Statistics suggest that SUV and crossovers have gained more than 35% of the US market and are still growing.

And now, the yacht market

Despite all the similarities to other sectors, some players in the yacht industry cannot see any sign of an explorer boom at all. C. Richardson (in Superyacht News) believes that owners are only interested in how the explorer looks, not in its abilities:

However, Vasco Buonpensiere from the shipyard Cantiere delle Marche has had a different kind of experience with his clients: According to him the clients clearly want the option to go anywhere a yacht can go:

“Getting into a popular restaurant in Monaco is not nearly as important to them as being anchored alone in Antarctica.” (Financial Times, 23 Sept. 15)

Others evaluate the situation differently: Caroline White (Boat International) points out that explorer yachts – although a niche market - have already proven to be “resistant to the turbulent market” whereas “cruisers were proving hard to sell".

She explains the rise of sales:

“Some people have always liked the masculine, utilitarian lines of a traditional explorer. But in recent years this has developed from an eccentricity into a mainstream taste.”

But yacht owners (just like the mountain bikers or the SUV drivers) are not only seduced by the looks. They also love the idea of not being limited. Vasco Buonpensiere from the shipyard Cantiere delle Marche sums it up well in FT:

“Yachtsmen are fed up with spending so much money and finding themselves in crowded bays with many other yachts that are basically identical. They want to reach new destinations and they don’t want to be limited to just a few cruising grounds; and they want to have a vessel that distinguishes them from the others.”

A clear signal is being sent from the sales numbers: From 2014 to 2015 the number of explorer yachts delivered worldwide has doubled, claim the Financial Times based on numbers from the Superyacht Intelligence Agency.

A stagnating market that has discovered diversification will never go back.From the bicycle and the car industry we have learned that the adventure trend has not only been a short-lived fashion, but a substantial and sustainable change.